“Are my Communications Wiretapped?” 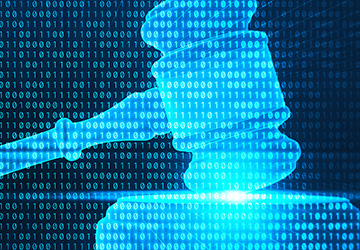 Are my Communications Monitored?

The Hillsborough County Bar Association (HCBA) held its Welcome Back Membership Reception last evening at The Vault in downtown Tampa. It was a wonderful evening and event and demonstrated the strong collegiality and professionalism amongst the members of the Hillsborough Bar.

Tampa Criminal Defense Attorney Ron Frey, The Frey Law Firm, is an active member of the Hillsborough County Bar Association. The HCBA is a voluntary bar association in Tampa, Florida and has nearly 4,000 members consisting of judges, lawyers and other legal professionals. The HCBA’s stated mission is to promote respect for the law and the justice system through service to the legal profession and the community. The HCBA contributes greatly to both the Tampa legal community and the greater Tampa region.

If you are in search of a Tampa Attorney, please do not hesitate to contact Attorney Ron Frey and The Frey Law Firm for a free initial consultation. Attorney Frey is an experienced criminal defense attorney who serves clients in Tampa, Florida and beyond. We look forward to speaking with you.

Tampa Criminal Attorney Ron Frey established The Frey Law Firm’s primary office in Tampa, Florida in order to better serve his clients charged with criminal offenses in Hillsborough County and beyond. If you are under investigation, or have been charged with a misdemeanor or felony offense, please do not hesitate to contact our office for a free initial consultation with an experience Criminal Defense Attorney in Tampa, Florida.

If you have questions regarding a Tampa Computer Crime, or if you are under investigation and would like to speak with a Tampa Computer Lawyer or Tampa Internet Attorney, please contact our office or visit us on the web at our Internet Crime Attorney website, InternetCrime.com. 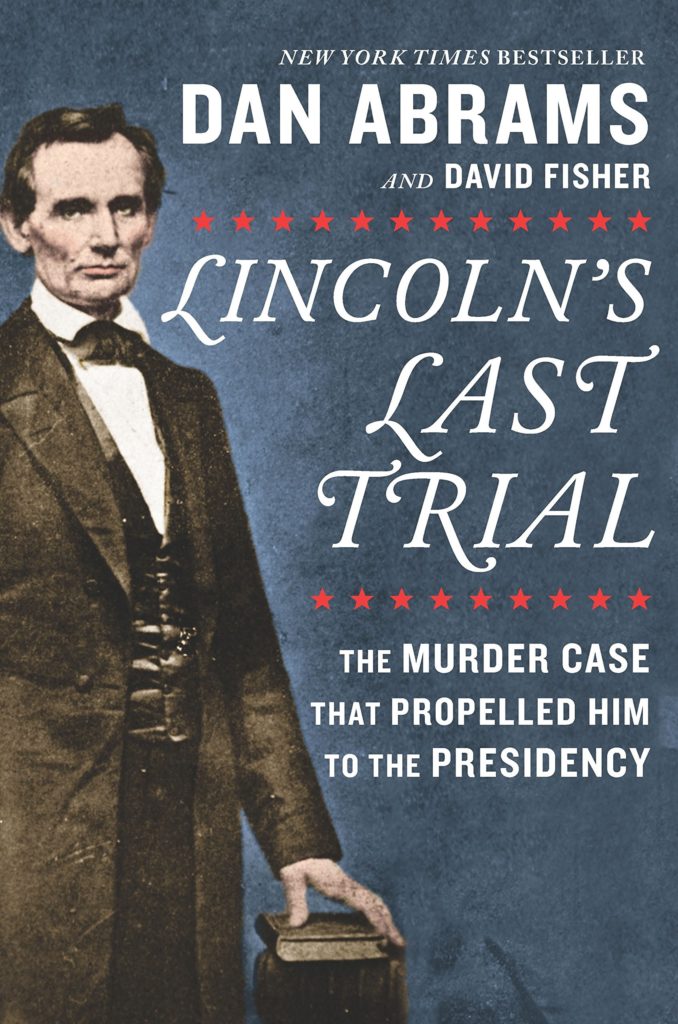 Abraham Lincoln is remembered for many things, most notably his presidency, the civil war, and the abolition of slavery. What many may not realize is that Lincoln was an active and seasoned attorney who handled a wide range of cases involving everything from simple civil contract disputes, to complex corporate railroad litigation. It may come as a surprise to learn that Lincoln also served as an attorney for those accused of criminal conduct. Abraham Lincoln was a criminal defense lawyer. In Lincoln’s Last Trial, we find Lincoln fighting for a young man accused of murder.

Throughout his career Lincoln represented clients charged with a wide range of criminal offenses, including forgeries, rape, attempted murder, murder, and everything in between. Lincoln’s Last Trial takes the reader back to Springfield, Illinois in 1859 and the murder case against Quinn “Peachy” Harrison.

Lincoln was retained to represent Mr. Harrison, a young man charged with the murder of another young man, Greek Crafton. It was alleged that Harrison brutally slashed Crafton with a hunting knife during an altercation with Crafton and his brother, while within a small Springfield general store. Crafton had a deep cut in his stomach that went from one side of his body to the other. The wound was gruesome and Crafton’s bowels had to be pushed back into place by a doctor. He was on his death bed in agonizing pain for three days before passing. Harrison was arrested and charged with murder. The prosecution claimed that the act was premeditated and planned by Crafton in advance. If convicted, the sentence was the death penalty, by way of a public execution (hanging). Harrison’s family retained Lincoln to represent him.

Harrison claimed he acted in self-defense. He alleged that Crafton and his brother had threatened him on a previous date and that they viciously attacked him within the store. Ultimately, the case would be decided by way of a jury trial with Abraham Lincoln for the defense.

The book is a true story that is primarily told by way of a court reporter’s transcript that was produced during the trial. It is fascinating to observe the many similarities between a modern day criminal case and a criminal case from 1859.

In many respects, the procedures in 1859 were quite similar to those employed today. There was a jury trial with a twelve person panel; over one hundred people were questioned during voir dire, or jury selection; there was a claim of self-defense; there was litigation and pre-trial hearings on issues involving hearsay; there were alleged statements made while on a deathbed; and many other evidentiary issues. However, there were many noteable differences as well. For instance, the law in Illinois at the time restricted those serving on a jury to naturalized white males who were property owning citizens.

Over seventy-five witnesses were subpoenaed and most testified at some point during the pre-trial hearings and trial proceedings. The trial itself carried with it all of the suspense you would expect from a murder case that rocked a very small and tight-knit community, where everyone knew everyone else.

The case involved eyewitness testimony, credibility contests, expert testimony from a doctor, dying declarations, tactical maneuvers by the prosecution and defense, questions from the jury and more.

Lincoln’s skill as a trial attorney is exhibited throughout the book. From his storytelling technique, to the manner with which he framed his arguments, it is apparent that he had an extremely persuasive and impactful approach. The book provides anecdotal looks into other cases Lincoln handled, including an interesting story about a women he represented who was charged with the murder of her husband. The book details her apparent escape as a fugitive from justice following her consultation with Lincoln, and some of the rumors that followed. These interludes, as well as anecdotes regarding Lincoln’s law partners and his law office (he didn’t lock the doors, panes of glass were missing, and the office was so cluttered that there was dirt and plants growing in the corner), make for an interesting read.

The book provides profound insight into the legal system and the right to a trial by jury. This trial was late in Lincoln’s career as an attorney and shortly before his nomination as a presidential candidate by the Republican Party in 1860. Like President John Adams before him, one of our nation’s greatest leaders served as a criminal defense lawyer for those accused of the most heinous of crimes.

This murder case was not a singular event for Lincoln. He appeared in approximately twenty-seven murder cases throughout his career as an attorney. In addition to representing the accused in cases, he also served as a prosecutor in others. The book discusses how he was once offered two-hundred dollars to represent a City and prosecute a case against alleged murder suspects. He turned down the offer and instead represented one of the accused for a quarter of that amount.

The role of the criminal defense attorney is as vital to our functioning system of justice as any other role within the system. In order to get the most accurate results, it is imperative that the accused have not just adequate representation, but a skilled attorney who has the time, resource and experience to defend his or her client against the government’s allegations. When prosecutors, defense lawyers, judges, and juries all perform their roles to the best of their abilities and within the bounds of the law, tragic errors are generally minimized, the truth can be determined, and justice can be secured.

Lincoln’s Last Trial is a great read for those interested in the roots of our criminal justice system, American history, Abraham Lincoln and the law.

The Frey Law Firm is pleased to announce that Attorney Ron Frey has been selected once again for inclusion as a Super Lawyer for 2019! This special honor is reserved for lawyers who exhibit excellence within their area of practice. Tampa Attorney Frey is a criminal defense lawyer who is widely known and recognized as a zealous advocate for his clients.

Super Lawyers are selected following a rigorous peer-reviewed process based upon the attorney’s achievements and experience. Attorney Frey and The Frey Law Firm are committed to excellence in the representation of their clients. The Frey Law Firm has offices in Tampa, Florida, Charlotte, North Carolina and Cleveland, Ohio.

If you have a legal issue or question, please do not hesitate to contact Tampa Criminal Defense Attorney Frey and The Frey Law Firm for a free initial consultation and review. The firm has offices in Hillsborough County and serves clients throughout the State of Florida.

If you, or someone you know, is in need of a Tampa Criminal Defense Lawyer or is under investigation or has been charged with a criminal offense, please contact our law firm today.

Should I Hire an Attorney? 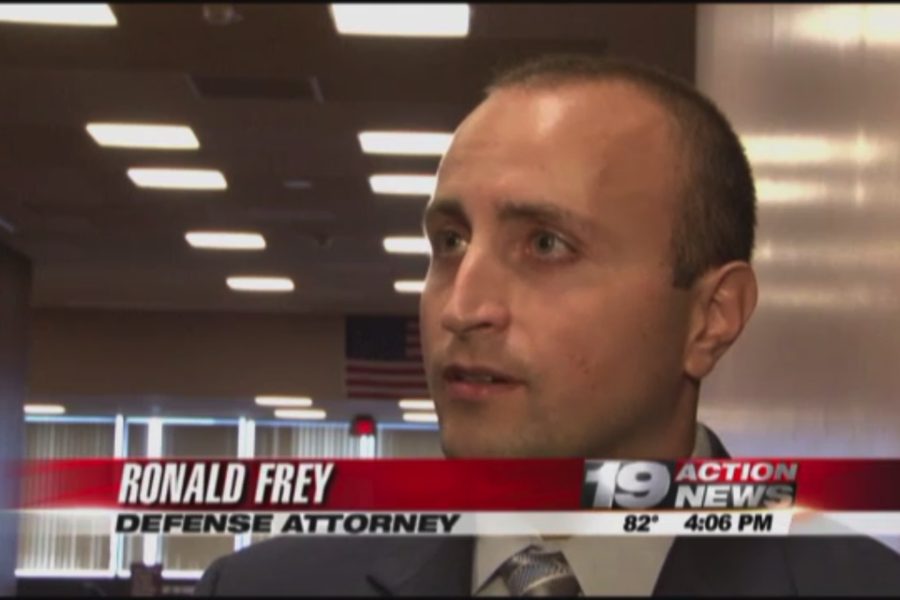 If you are wondering if you should hire a criminal defense lawyer, that is often a very strong indication that counsel is needed. Before making the decision to hire, The Frey Law Firm offers initial, no-risk, consultation. END_OF_DOCUMENT_TOKEN_TO_BE_REPLACED