Is it Pleaded Guilty, Plead Guilty, or Pled Guilty? 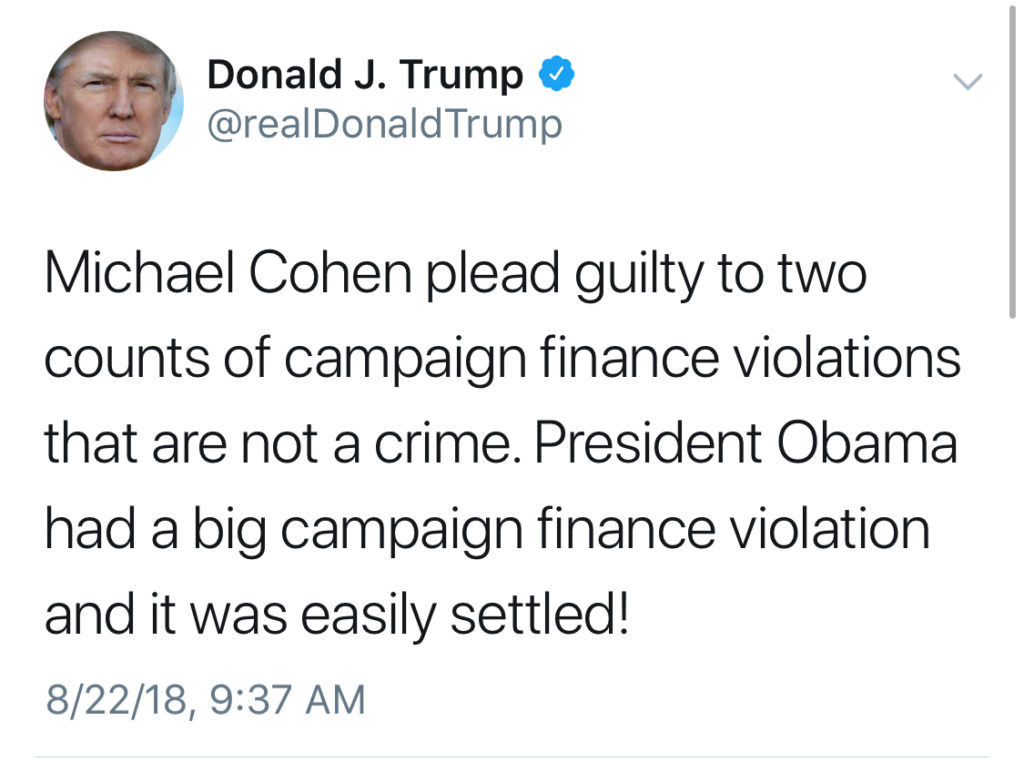 President Donald Trump’s former personal attorney, Michael Cohen, pleaded guilty in the Southern District of New York yesterday. As a result, journalists, commentators, and attorneys were again confronted with the question: Is it correct to say he pleaded guilty, plead guilty, or pled guilty?

Whenever a criminal case gathers widespread attention on social media, readers are confronted with all of the variations of pled, pleaded, and plead. This is true whether it is a plea of guilty or not guilty. Inevitably, media outlets utilize one, or a combination, of all three approaches. Thereafter, the Internet grammar police issue scathing citations and corrections. The Michael Cohen plea provided a unique opportunity for media outlets, pundits and even the President of the United States to utilize pleaded, plead, or pled. Here is a sampling: 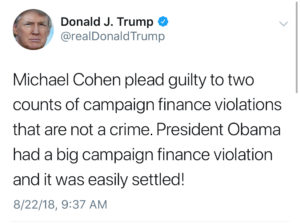 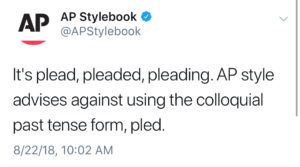 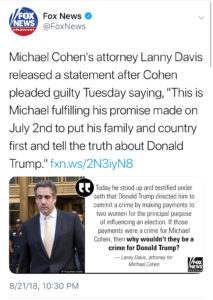 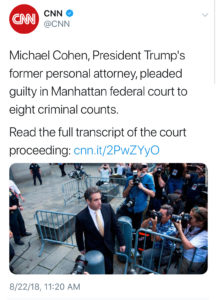 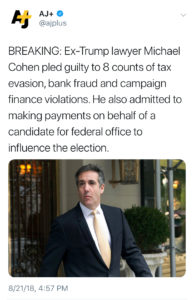 As you can see in these examples, the variations are numerous. Perhaps this problem exists because none of the options seem correct. According to Bryan A. Garner, the Editor in chief of Black’s Law Dictionary and author of Garner’s Modern English Usage, it is correct to utilize “pleaded,” not “pled.” See, @BryanAGarner tweet, 8-22-18 12:08 a.m. 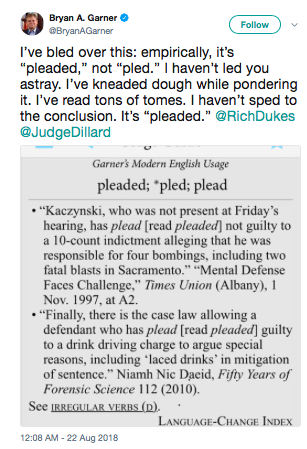 The practical problem with pleaded, plead, and pled seems to be that no matter which term you utilize, many of your readers, even those within the legal profession, will wince at your choice and believe you made a grammatical error. A Westlaw or Lexis search for these terms will demonstrate how often they are utilized, whether correctly or incorrectly, within formal filings, including court opinions.

In order to avoid the practical problems and pitfalls with pleaded, plead, and pled, I often utilize the following language: